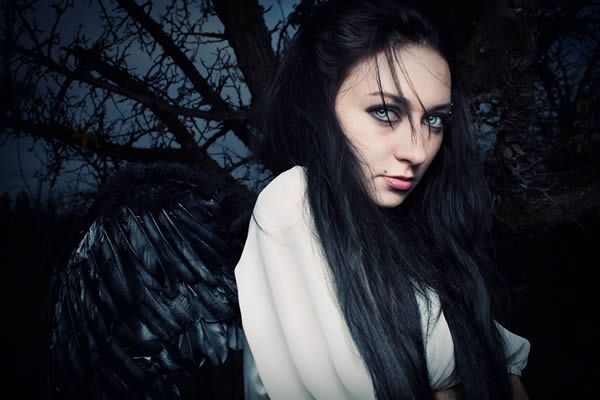 Venus started its retrograde cycle on October 5, signalling a shift in energy for the next few weeks, as Venus takes us on a metaphorical underworld journey. This is true of every Venus retrograde cycle, but this time, the journey takes on an especially intense tone, with Venus and 3 other planets hanging out in Scorpio. It’s the season for facing realities we don’t dare to speak about; to give space for the pressing awareness of dark energetic undercurrents that might be polluting our psyche or undermining our relationships.

You can pick up on the Scorpio vibe swirling about us right now by noting two films released the day Venus went retrograde, taking the box office by storm: Venom and A Star is Born. Venom is a modern superhero hybrid of the Jekyll and Hyde theme, in which the main character, Eddie Brock, wrestles with the sentient alien being called Venom that uses him as a host body. Unlike Jekyll and Hyde, the two have to find a way to work together while sharing the same body and consciousness. Venom gives Brock super-human abilities but they come with the price of a violent alter-ego.

As we do our Scorpio work, we come face-to-face with the truth of our nature, whether we want to see it or not. People with the Sun or Moon in Scorpio often find themselves “deep in the mess” at various junctures. A Scorpio mess is complex, intense, and difficult to wade through. It’s in these moments that we’re really tested – will we face the challenge (or our shadow side) with eyes open, or shut our eyes in willful defiance?

When Venus is in Scorpio, these themes play out in relationship, since Venus has to do with how we create connection with others. In Scorpio, Venus has fewer charm-school kinds of skills. She’s more like a tattooed, sharp-talking (or darkly brooding) goth Venus who isn’t a fan of small talk. She’d rather do a deep-dive into something serious or “real.” She wants to know what scares you, what keeps you up at night, what isn’t quite right in your world.

All this is to say that Venus in Scorpio isn’t comfortable or graced with niceties and sweetness. And it’s this Venus who is our underworld guide at the moment.

Every time we make an underworld journey, we have the opportunity to reclaim something. In many underworld stories, there’s a person we’re trying to rescue from the underworld, or reconnect with. Or there’s some crucial item we need there, something that will give us power or strength to face some trial above ground.

In these old stories, there are underworld rules we must follow to succeed. There’s always a price to enter. And on our way out it’s important not to look back until we’re completely out. Think of these gestures symbolically over the next few weeks. Pay the fee, whatever it is. And when it’s time to head back to the light, make a clean break.

For the next few weeks, we’re called to this journey in the part of our chart Venus is visiting. For some, these themes will be more important than others. You’ll know if you’re being called there. If you are, here are some tips:

Go for the eyes-open approach. It never works out to squeeze your eyes shut. The demons just get louder to get your attention – or to take you down with them. So what would happen if you tried talking to the demon instead?

I love the end of the 2014 horror film The Babadook for this image (spoiler alert). Because the main character doesn’t destroy the demon in the end. She speaks to it, and gives it a home – albeit in its appropriate place in the basement. She listens and tries to give it what it needs. By looking the demon in the eye, by holding space for it, she enters into completely different territory than we’re used to seeing in films like this – territory in which integration and some move towards wholeness are possible.

These are themes that play out in Venom too.

Venus in Scorpio can also pack an emotional punch, and we got that in spades with the latest retelling of A Star is Born, featuring Pluto-in-Scorpio poster-child Lady Gaga in the lead role. I haven’t had a chance to see it yet, but several friends have warned me to bring lots of tissues. Scorpio drives us into those emotional depths, and correlates with the truth that hurts, but that we can’t help but want to hear (and tell).

Take a look at what is really in front of you. What have you turned away from that you now need to look at head on? Follow your emotion. What’s calling out for your attention? Try your best not to turn away. Have the hard conversations. And don’t be afraid to get help if you’re suddenly in too deep. This may be a good time to do a little therapy, or some body-mind healing work.

In other news, I predict Halloween is going to be weird. Stick with me and you’ll see what I mean. As we head towards Halloween, by October 23 we have 4 planets in Scorpio – the Sun, Mercury, Venus and Jupiter. This sets us up for a classic goulish Halloween. I’m betting the costumes we come up with will predominantly favor the dark side. Horror-themed and edgy taboo-pushing costumes will likely dominate.

But then, just as we get dressed up to head to our party on the 31st, Venus and Mercury jump ship and ditch Scorpio! Mercury plunges into swashbuckling Sagittarius, and Venus heads back into Libra for a nice rest. It’s like suddenly we’re not feeling the horror theme as much, and we’re just out to have a nice time. So you could plan ahead, and be the one person in the cute pirate outfit…Or put together two costumes – a spooky one for the weekend-before-halloween parties, and another for the lighter, more playful vibe on the 31st.

With that little bit of levity, I’ll leave you to your October deep-dive. Before the fun, do the hard work. When you come out the other side in November, you’ll be ready to leap into new territory with more of your energy, vitality and soul-stuff reclaimed – stronger, wiser, and more whole than you were before.

PrevWhat Do You Really Want? Mars Retrograde in Aquarius 2018
How Mercury is Going to Throw You for a Loop in NovemberNext