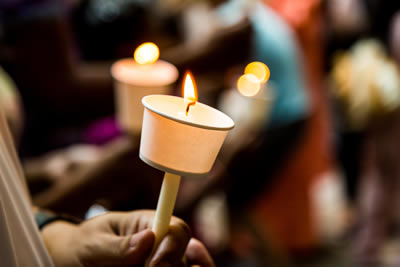 June 12, 2016 was a terribly important day for Omar Mateen, the man who shot and killed 49 people in the Orlando nightclub Pulse. Transits to his birth chart that day reveal extreme pressure to make evolutionary leaps in his personal development. Sadly, he failed miserably to live up to his potential.

Astrology can help us process tragic events like this when they happen. Not because deciphering the meaning of astrological transits will “prove the inevitable” but because transits can show us where the stress points are – the developmental aims present in every moment – and reveal a range of choices and options that are available even under difficult circumstances.

So this isn’t an “I told you so” post using astrology to describe the inevitability of what happened, because I don’t believe this horrific event was inevitable. Instead, I want to look at Mateen’s birth chart as a way to contextualize his mistakes in that tragic moment when he picked up his gun and started shooting, and to think about how he could made different choices.

While I am going to look at the unrealized evolutionary potentials in Mateen’s chart in this article, I can’t do so without remembering the 49 people whose lives were cut short, and the hundreds of others whose lives were forever changed by this tragedy. So I’m holding them in my heart as I write this.

Acquaintances have described Mateen as, “Always Agitated. Always Mad.” (1) We can see this potential in the planetary aspects in his birth chart – an energetic thread that runs through one’s entire life, with developmental pressure applied whenever planets move into aspect with those signatures. Mateen had a classic “anger signature” with his natal Sun at 24° Scorpio square Mars at 23° Aquarius (see chart). Keep in mind that when I say “anger signature” I’m not claiming that everyone with Sun square Mars has anger issues. This is just one potential. Mars square Saturn could just as well express as heroic energy. But knowing that Mateen did have anger issues, we can backtrack and see just how he was expressing his Sun-Mars square: poorly.

The Sun square Mars aspect is an assignment to learn how to manage one’s will. When we have a strong sense of will and try to get what we want in the world, we will always meet resistance at some point. The resistance isn’t the problem. It’s how we meet that resistance that shows our true colors. A Sun-Mars person has the option to become a hot head, throwing a fit every time they don’t get what they want. Or they can learn how to channel that anger into positive action, to work around obstacles dynamically, and to face challenges with right action, ingenuity and resilience.

Better still, a Sun-Mars person can learn what triggers them, and seek out tools that help them work with and understand anger in ways that might change their base response over time. With such anger-awareness tools in place, maybe the second time a frustrating scenario presents itself, the Sun-Mars person spends less time in anger, and more time coming up with positive solutions. Over time, and with a good set of tools, we can reprogram our habitual negative response patterns.

Going further, Mateen’s Sun was in Scorpio, and his Mars in Aquarius. This tells us that Mateen had a more challenging assignment than most, because Scorpio and Aquarius are fixed signs. We can imagine Mateen having an emotional response (Scorpio) to frustration (Sun square Mars) that challenged his fixed ideas (Aquarius) about what was “right.” Because of this aspect it was Mateen’s lifelong challenge to learn to apply anger-awareness tools and anger-management skills in situations that would feel dramatically frustrating to him. He would face impasses where his will, fueled by fixed beliefs, would be blocked, thwarted or challenged. And he’d have to learn how to work constructively in those situations.

At the time of the shooting, transiting Mars was at 25° Scorpio in its retrograde cycle, and was applying to a conjunction with Mateen’s natal Sun (24° Scorpio) and squaring his natal Mars (23° Aquarius). This exact trigger of his natal Sun-Mars square shows us that the pressure was on. We know from his actions that at the time of the shooting he was triggered, full of rage, and compelled to take action based on beliefs that he refused to compromise on.

Mateen’s natal Sun-Mars square is made even more challenging since it is (potentially) part of a T-square with his Moon. I say potentially because without a birth time, we don’t know the exact degree of his Moon. A noon chart puts his Moon at 26° Taurus, so it’s very possible, and highly likely given what we know about him, that his Moon was in orb of the opposition with the Sun and square Mars at the time of his birth. The Moon was in orb of the T-square for most of the day, so chances are really high this is the case.

The first thing that jumps out in this T-square signature is that we add a third fixed sign to the mix – Taurus. It was probably seriously difficult for this guy to change his mind, to adapt to other points of view. He was likely to have repeatedly found himself in conflicts with others that challenged his feelings as well as his beliefs, riled him up and made him feel compelled to do something about it. And that wasn’t a “bad” impulse for him – to take action. That was his developmental edge. Because through it, he’d have to encounter the other, to learn how to work with his fixity in a way that did no harm – either to himself or to others – and yet allowed him to experience himself from a place of psychological and emotional wholeness. The Taurus moon seeks calm and stability, and as part of a T-square with Mars, will have to create that inner peace rather than expect the world to deliver it.

Even without exploring his chart further, we can see that there wasn’t a prescription for a simple or easy resolution to the tension he experienced. Mateen was under extreme developmental pressure and he failed miserably, horribly, dramatically. But perhaps the most important point I’m making here is that his failure wasn’t a given. There are many others out there with this exact chart signature – even with the same degrees – who made better choices that night. We know that because they didn’t make the headlines.

We all have to respond to events in life that are beyond our control. And we’re all subject to chaos too – random events that we find impossible to put into a context of meaning. It’s my belief that the attempt to use astrology to control our lives is hubris. But astrology is an amazing tool for brainstorming ways to respond to life in a given moment. We can read the planetary signatures for inspiration and guidance to help us evolve, grow and put forward the best version of ourselves we can manage.

We all have free will available in every moment, no matter how stressful or challenging. And it’s up to us to use our free will wisely –  to do no harm, to do good in the world in every moment, to spread and share love, to express compassion, and to create the conditions for peace. Mateen didn’t do that. But right now someone just like him, somewhere out there, has another chance to get it right this time.

My deepest heartfelt prayers go out to all of those hurt by this tragedy.

Note: Mateen has many other aspects that played an important role. And in fact, the presence of so many strong signatures speaks to the immensity of what he did. I haven’t written about all of them, but here’s a short list for those of you who want to study further:

PrevKristin Hersh: Music, Mania, and Metamorphosis
Saturn Square Neptune in On the WaterfrontNext