Mercury Retrograde in Virgo 2017: Messages From Beyond 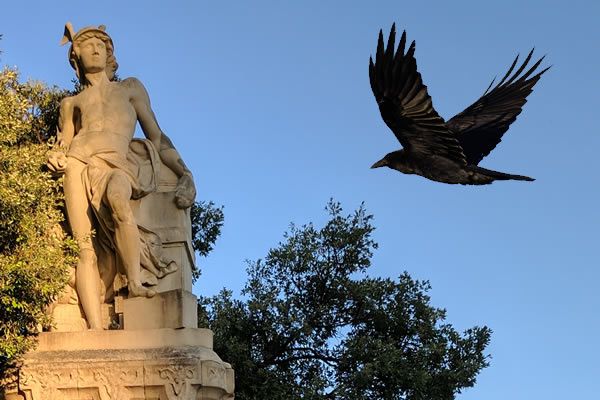 Mercury retrograde in the sign of Virgo is especially important for me personally, as I have Gemini rising, a Virgo stellium, and a Mercury that Rob Hand jokingly told me scores a 15 on a scale of 1 to 10. As Mercury stationed retrograde at 11° Virgo this month, I found myself sitting at a public show with psychic medium Cindy Kaza. (By the way, stationing retrograde means that the planet, from our perspective, is standing still, emphasizing both its lack of speed and its degree position.) Her skills proved to be formidable, and many folks in the audience were overcome with emotion at the accuracy of detail she provided as she communicated with the “other side” to bring messages from departed loved ones.

Before the event started, I had a feeling I’d get called, and I also had an idea who might show up. My intuition was right on both counts. As I reflected on the messages passed on after the event and the timing of Mercury’s station, I was reminded of the psychopomp dynamic of Mercury. In mythology, Mercury is the one god with the ability to travel back and forth to the underworld, relaying messages between the worlds. We sometimes forget this dynamic of Mercury, instead thinking first of communication dynamics, language, and duality as classic Mercury signatures. Which are all right on. But Mercury is also associated with omens, signs, and these kinds of messages from beyond the veil.

Most of us know the classic Mercury retrograde advice – prepare for delays, double check documents you have to sign, make sure your computer is backed up in advance, etc. But we don’t often hear astrologers advising us to use this time to reflect on loved ones we’ve lost, and to even use the energy at hand to try to contact them. And of course, let’s not forget about those we’ve lost who we might still hold resentment for. A few of those showed up at Cindy’s show too, seeking resolution and forgiveness. When one of the audience members received messages of apology from a departed uncle, she said, “Of course this is the uncle who would show up – he’s the one I didn’t like.”

So let this be a suggestion for further thought. As this three-week season of Mercury retrograde continues (through September 5), light a candle for one you’ve lost. Ask Mercury to help you get in touch. Perhaps you’ll be drawn to reach out to a medium. Or maybe you just touch your heart and ask to be given messages in your dreams, or as you sit in meditation after gazing at a photo of your lost one. Pay more attention to signs and omens. Trust those impulses that guide you towards information – especially the kind that leads you to look back in some way, back into the past, back and down, into the parts of you that you don’t let in during the forward-moving times.

With that, I’ll light a candle for my loved ones too, and hold the image of all of us receiving messages of connection, healing and guidance during this special time of reflection.