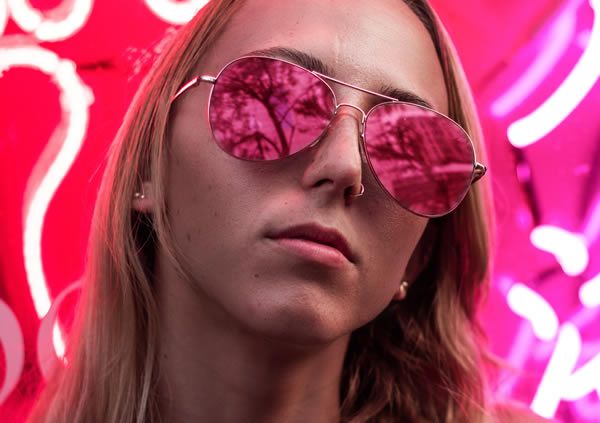 On March 17, Mars reaches a declination that is beyond the limit set by the Sun. We call that “out of bounds”. On the positive side, this can be a highly expressive time, where we might feel a little more freedom to go after what we want, take action with less of a sense of limitation, and do work that stretches our limits. On the negative side, we go rogue, awol, or do things we later regret.

Blanket statements like this can’t apply with the strength or clear channel for all of us, because planetary energies happening today are always going to refer back to our own natal charts. But we’ll be able to sense this unrestrained energy in the collective, and some of us will express it in direct ways.

For technical astro nerds, it’s important to note that when a planet is out of bounds, it’s actually further away from making close aspects with other planets if you take into account declination in addition to the “regular” longitudinal measurement of aspects. This could be the reason the out of bounds energy often has the feeling of a “wild card.” Any aspects it does make are a bit weaker than usual. So the out of bounds planet literally has less restraint and more freedom to express in uninhibited ways.

This particular Mars out of bounds cycle starts off with Mars at zero degrees Capricorn, already a charged cardinal point signifying new beginnings. In this case, maybe the start of creating/building something solid or tangible, or something with a long-term end game.

Coming fresh off the heels of a Mars trine with Uranus, this energy will feel in some ways like it’s on the same frequency. But where Uranus was giving Mars impetus for revolt or breaking free from limitation, by the time Mars goes out of bounds, it will begin to feel fully liberated – with less of a need to react against and more fuel to just take action.

Mercury and Venus are conjunct in Aries as Mars goes out of bounds, but Mercury is also slowing down quite a bit as it heads into its retrograde cycle that starts March 22. Mars is ready to go, but Mercury isn’t convinced. As Mercury goes retrograde we might see a frustrating dynamic, where Mercury is in an impulsive sign, and Mars is feeling free, but Mercury is slow. So progress could be slow, especially when it comes to communication. I’m picturing a few foot-in-mouth scenarios, and mistakes made by moving to quickly or carelessly.

In the first few days of Mercury’s retrograde cycle, communication could have an erratic feel and disjointed vibe due to a parallel between Mercury and Uranus. By the end of the month, that energy dissipates somewhat. This is another vote for slowing down, and maybe holding off telling your boss to f*&! off. During Mercury retrograde it’s a good practice to turn your thoughts inward, chew on things, hash things out. By the time Mercury goes direct again April 16, you’ll have more clarity about what you think, and therefore, what actions you’re ready to take. If you leap before you look right now, you might land in the middle of a mess.

Mars makes a couple of interesting aspects while it’s out of bounds. The Sun squares Mars on March 24. This is a potentially frustrating day. If you can lay low, slow down, take it easy, you’ll probably fare better than if you let your type-A self run the show that day. If you’re driving, let the aggro drivers win. Just get out of their way, and stay on high alert for crazy behavior.

On March 31, Mars will conjunct Saturn. They aren’t parallel, so this isn’t the strongest kind of conjunction. But we’ll still see some push-pull energy as Saturn has a dampening effect on Mars. People born with Mars-Saturn aspects often describe themselves as “tenacious”. This is because they become experts dealing with frustrating energy, thwarted and blocked actions, all of which has a strengthening effect on the will.

When we have Mars-Saturn for a short period like this, it can be a good idea to be extra patient, delay gratification, and let go of attempts to muscle through whatever the roadblock is. It will let up soon enough.

On April 7, Mars comes back “in bounds”. The Capricorn force will be strong then, young Skywalker, as we’ll have Saturn, Mars, the Moon and Pluto in Capricorn, in that order. As Mars comes to the Moon that day, desire and will heat up inside us. Give yourself a little space to go inside and check in with your drive, desire and passion. Just ask simply, “what do I want?”

After Mercury goes direct April 16, you have a green light for moving forward, and a brief window for taking auspicious actions. That’s because Mars will go retrograde from June 26 through August 27. Mark those dates on your calendar, and head to the beach! Just kidding, kind of. I know some of you will still have to make important stuff happen during that time. And that’s OK. But if you can shift important starts to take place well before or a bit after those dates, you’ll have an easier time of it.

One last bit of good news – from March 31 through April 23 we have access to a lovely placid and earthy vibe through Venus in Taurus, which we need right now with Jupiter in Scorpio constantly stirring up Drama with a capital D. Keep it real, sit in the hot tub, eat some delicious food. The drama will still be there when you’re done and you’ll be able to face it with a little more calm in your center.

Peace and love to you folks!

PS When it comes to out of bounds Mars, we can learn a little bit about what to expect, and more importantly, what to embody, if we look at the charts of those born with this signature. Spend a couple of eye-opening hours looking at some Mars out of bounds chart examples with me in my recent webinar.