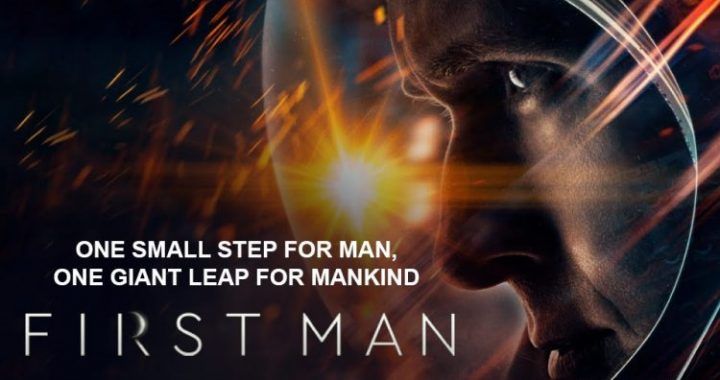 First Man, the feature film by Damien Chazelle about Neil Armstrong’s Moon landing, succeeds as a biopic where others fail by showing us a vulnerable human being rather than a larger-than-life hero. Normally in a film about someone so iconic, we’re presented with an amalgamation of ideals about that person that coalesce into an unrealistic but often entertaining one-dimensional portrait. I’m not faulting Hollywood. The format itself is limiting. I mean, just how do you convey something complexly human about a life in the span of two hours?

Some succeed by by focusing on a moment of time – a key transition or transformation the character undergoes during a crisis point. But director Damien Chazelle masterfully works his magic by showing us a series of human moments over time, conveyed with the seriousness and reverence its subject deserves. The result is a film that leaves the viewer with nail-biting anticipation even though we already know the ending.

Watching the films, and indeed, Chazelle’s entire filmography, the Saturn archetype stands out – from the dark father theme that fuels his stunning debut Whiplash, to this wounded but stoic, serious and responsible version of Armstrong. Chazelle’s second film, La La Land, brings sober Saturnian reality to the Hollywood musical romance with an uncharacteristic bittersweet ending.

So it’s no surprise that Chazelle has 5 planets in Capricorn (ruled by Saturn). They’re too wide apart to be called a stellium, but still formidable to look at in the context of his chart. We don’t know his birth time, so his Moon in Capricorn could be close to Mercury, or to his Sun-Jupiter conjunction.

First Man portrays Armstrong through a distinctly Capricorn veneer – as a man of few words, stoic in the face of emotional loss and seriously driven towards his end goal – a mountain peak of epic proportions. With such a Capricorn lineup in his chart, Chazelle can’t help but channel that piece of himself into his work.

The film is an amazing work of art but it’s not likely an accurate depiction of Armstrong, whose remarkable chart includes the Sun in warm Leo, the Moon in exuberant Sagittarius, and Gemini rising with ruler Mercury exalted in Virgo. Contrary to the portrayal in First Man, I’m guessing that he was a man of more than a few words. A quick look at Armstrong footage on Youtube reveals a much more jovial man in reality. Listening to audio clips of Armstrong on his space missions, we hear a happiness and excitement that Chazelle edits out in his film in favor of a seriousness that reflects the gravity and scope of the mission.

In addition to his iconic statement after stepping foot on the Moon, while walking around Armstrong exclaims, “It has a stark beauty all its own; it’s much like the high desert of the United States. It’s different, but it’s very pretty out here.” And we can hear the excitement of the Sagittarian explorer in his recorded comments to his co-pilot Dave Scott on the Gemini 8 mission:

Armstrong says, “Way to go partner!” Scott replies, “You done it boy! You done a good job!” Amstrong, exuberant: “Man that’s great!” Scott, “Man, that’s really slick!” And in a show of Leo generosity Armstrong tells Scott, “Man, it flies easy, I’d love to let you do it, but I think I better get my practice while I can.”

Stunningly, like Armstrong, Chazelle has the Moon out of bounds, and Mercury is straddling the edge at the high declination of 23°S25’. Armstrong expressed this extremity literally, while Chazelle channels into his work through the concentrated emotional center he masterfully weaves into each film.

Capricorn has the potential to get better with age, mastering its full potential with one of its greatest assets: time. With that in mind, I can’t wait to see what Chazelle gives us next.

PrevAim High, But Wisely
Impulsivity and Culmination in the Unfolding PresentNext