Drifting Into Reverie: Mercury Opposite Neptune 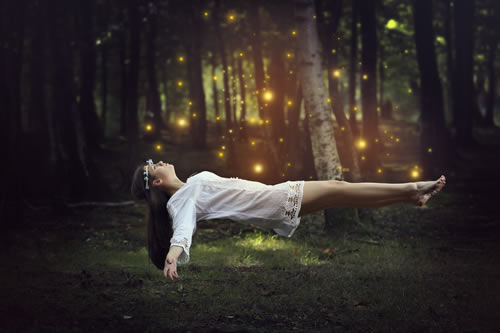 We’re in the shadow of the next Mercury Retrograde cycle, which will last from August 2 to August 26. During the shadow period it’s usually a good idea to start moving a little more slowly, double check your work for errors, and get ready for a slower rhythm and pace. It’s time to start thinking about finishing up the projects you’re in the middle of, rather than starting new ones.

But this shadow period might feel a little stronger than usual. As I write this, Mercury is exactly opposite Neptune. If you’ve been noticing delays while driving, or blocks to progress, or technological mishaps, you’re probably noticing the effects of this Mercury opposite Neptune transit, which is exact today, July 31. It might feel a lot like Mercury Retrograde, and it has enough in common with Mercury Retorgrade that it amplifies those energies. But there are some additional dimensions to this transit that I’ll try to shed some light on for you.

During an opposition, we experience 2 energies in a feeling of polarity. Think of two people in a debate, representing opposing viewpoints. They’re both talking loudly trying more to express their own position than they are to listen to each other. We might experience the energies of the opposition in our own psyches as internal conflict, especially if they line up with our birth chart in some way. There are many ways we can approach an opposition.

In one school of thought, the two sides are never going to see eye-to-eye. So they key becomes accepting that, and knowing when it’s the right time to express each energy. In other words, let one win some of the time, and let the other win the rest of the time.

Another school of thought is that an opposition is calling us to integrate BOTH energies through a kind of internal balancing act. In this current opposition, in the first ring, we have the energies of Mercury, planet of communication, travel, information, talking, writing and chit-chat. In the second ring we have Neptune, the planet of quiet introspection, connection to source, merging, allowing, spacing out, and escape.

Balancing these two energies isn’t the most intuitive feat, although it does require connecting with the source of one’s intuition. I’ve definitely found myself feeling the push and pull feeling of the opposition. Just yesterday I drifted off into a sublime Neptunian state while sitting on a hill near the Columbia River Gorge, contemplating the lush valley before me, dotted with pastoral orchards and dramatically punctuated by majestic Mt. Hood in the near distance (that’s the exact view in the image above, taken at Panorama Point). The gentle summer breeze and open vista before me transported me instantly into a boundary-free meditative state. It felt easy to merge with the landscape.

Later that day I found myself at a New Moon intention setting gathering, percolating with bubbly Leo New Moon energy, and followed by a lively Mercury-inspired conversation. Over dinner I sat with several folks, all excitedly chirping over one another. The juxtaposition of the energies of the peaceful afternoon and frenetic evening reminded me of the opposition. And after dinner, although the stimulation was wonderful, I was glad to retreat again into silence.

Having been through some more complicated Neptune transits myself, I can say that this one is letting me off easy. If this transit seems to be hitting your chart in a more challenging way at the moment, read on.

I’ll share with you something that worked for me when not too long ago, when during a particularly challenging transit, the fog of Neptune had completely clouded my perception. My advice is pretty simple. Give in! When I stopped looking for “the answer” and willingly spent active time in Neptune energy – in meditation, in dreamy healing reverie, and in extra sleep – I found real peace. And eventually my confusion lifted and I had the inspiration and answers needed to move forward. But I didn’t get there by pushing it or by “figuring it out”. Allowing was the key.

This Mercury-Neptune opposition might find you feeling confused at best, and in the midst of some deception or trickery at worst. One dark aspect of Mercury is trickster energy – think of the quick and nimble pick-pocket, or the slick-talking con man. One dark aspect of Neptune is delusion, and deceptive illusion. Let your imagination chew on that for a moment, and I’m sure you can come up with some unsavory scenarios.

You may also just find yourself feeling forgetful, or spacing out, losing your keys, or accidentally deleting important email.

So if this Mercury-Neptune opposition has you feeling a bit adrift on the river Lethe (that river of forgetfulness from the Underworld of Greek Mythology), try giving in to the need your psyche is having to tune out, and allow space for new inspiration to slowly re-form inside you. Something new might be arising in you that needs you to let go, or to check in to source before you can take in its message. That’s the Neptune.

Balance that by objectively taking in all of the data percolating into your awareness – collecting it, analyzing it – that’s the Mercury. If you have any suspicion at all that some trickery might be at hand, pay attention, move slowly and try to collect more information. Then do your best to postpone taking action until the energy of the opposition begins to lift and the way forward is clear.

In a comic moment, I just had my own lesson in Neptunian non-attachment, as the previous paragraph simply disappeared right after I’d written it…I expect we’ll see a little more of that kind of thing well into the next month…

And however you decide to spend the rest of August, I hope that you take time to enjoy the sweet denouement of summer, which we appreciate so much here in the Pacific Northwest!

Thanks for your support and for sharing this newsletter with friends and on Facebook.