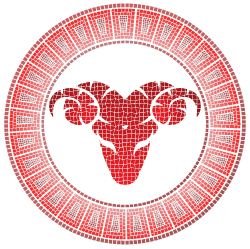 From the view here on earth, we find ourselves once again nearing the time when Mercury appears to retrace its steps in the sky for a roughly 3-week period we call Mercury Retrograde.  This next period occurs from March 30 through April 23, 2011. We astrologers often speak as if every Mercury Retrograde period is the same – as if the same advice holds true for every retrograde period. And yet, the sky patterns are never the same! All of the planets are in constant, engaged, moving, changing relationship with each other, never repeating a story the same way twice. And that includes Mercury.

So what makes this Mercury Retrograde period special? For starters, it occurs during a time of a huge changing-of-the-guards moment among the slower outer planets. These larger planets set the tone for longer periods of time. When we think of “the 70s” or “the 60s,” an image is evoked of a period of time – a slice of life in which certain defining themes held sway over the whole world. We find ourselves now at the beginning of one of these new phases as both Uranus and Neptune change signs.

Edgy Uranus has finally settled into its next long stint in the edgy sign of Aries. And in April, Neptune begins a new phase of enlightenment as it moves into its comfortable home in Pisces. Moments like these represent great shifts in global consciousness – times when we can perceive a collective movement into specific modes of expression.

For instance – unless you’ve been hiding under a rock (which might not be such a bad idea…) you’ve likely noticed the feeling of revolution in the air. Jupiter moved into Aries just as the Egyptian conflict broke and the Wisconsin protests began. And on the day Uranus spent its last few minutes in Pisces before moving into Aries, Japan shook so hard it set its nuclear reactors into a state of crisis.

As we settle into April, we will find 7 – yes, 7! – planets speaking through the sign of Aries – the sign of agitation, new starts, aggression, assertiveness, conflict, and trial-by-fire learning. This Aries energy will express through the vehicle of all 7 of those planets, which will include Mars (Aries’ ruler), the Sun, Mercury, Jupiter and the Moon and near the end of the month, lovely Venus.

We’ve mentioned Uranus – the planet that rules revolution, innovation and outlaws. Combined with Aries, we’re in for a long period of new innovation, genius start-ups, as well as ideas so ahead of their time that they create tension and conflict. Add Jupiter to the mix, and we have an additional feeling of expansiveness and hot-air over-inflation of our belief in our will. There is MUCH more we can say about the potentials of both of these planets expressing in Aries, as well as the specific expressions of each of the other planets, but my point here is to point out the sheer numbers of planets all shouting in an Aries way in April. If you have a child born in April 2011 with this Aries stellium (4 or more planets in one sign), you’re in for a fun ride with this one!

Just as all of these planets in Aries will be voting strongly for a big dose of full steam ahead, along comes Mercury, – planet of motion, getting from here to there, ideas, communication, and learning – and says, “wait a minute, I need to slow down a bit, I think I’ve forgotten something.” As Mercury appears to retrace its steps, common wisdom has taught us that it’s a good idea during Mercury Retrograde to spend time finishing up old projects rather than starting new ones. It’s time to double check your work, and think twice before signing something because it’s highly likely that you’re missing a crucial piece of information that you may not have until Mercury goes direct three weeks later.

This is why people report annoying experiences during Mercury retrograde based on a lack of information. For instance, you might find yourself signing a lease for an apartment that seems great at the time but will later be revealed to have next-door neighbors who are less than pleasant to habitate in such close proximity to. It’s the lack of information that can get you every time.

So what does it mean to have 6 planets saying “Go For It” REALLY LOUD and another saying – “hold on a sec”? Well for one thing, we can’t really argue here that singular Mercury in the corner holds more weight than the 6 other brash planets at the same party. But Mercury has already been in Aries for most of March (think foot-in-mouth syndrome), and although it normally rushes through the zodiac at a fast clip, it does seem to represent here the possibility of an emerging mental awareness that something about the Mercurial expression of the Aries impulse needs re-thinking.

It has been said often that Mercury Retrogrades are good times for words beginning with the “re” suffix – re-doing, re-visiting, re-thinking, re-working, re-vising. This one is no exception. But 6 other planets in Aries are casting a vote for act first, think later. I’ve heard some astrologers speak as if Mercury should have the last word in this particular retrograde, suggesting that taking action now is a bad idea. I disagree. For one thing, I don’t think we’re going to be able to help ourselves. We are going to WANT to take action so badly, and feel so impulsive, that our thoughts aren’t going to be able to help us.

One could even go so far as to argue that Mercury retrograde represents a period when our intellect isn’t at its most forward-moving or brightest. I’m seeing the distinct potential for some high-drama blunders, funny mistakes, and edgy crossed-wire calamity. So how can we avoid the worst?

Slow down. I think it IS time to take action, but check yourself first. Give yourself even a tiny bit of time to think about your actions. You’ll have no problem identifying your desire – just keep in mind that you may not have ALL of the information you need to make an informed decision. Consider the risk and the worst-case scenario. If you’re cool with that, and can accept that potential and yet still want to give it a shot – go for it. That’s the spirit of Aries – forging ahead with courage to face what scares you. Just add the Mercury wisdom of the moment and try your best not to do it with blinders on.

But wait – there’s more! What about Neptune? How could we forget? What? What were we talking about? Oh, yes – Neptune. You mean ‘where are my keys?’ Neptune? That’s right. Now where were we…

As Neptune (planet of lost keys, just in case you’re a bit Neptunian yourself and that last bit zipped over your head) moves into Pisces on April 4, a very important planet adds a very paradoxical energy to the mix. Uranus leaps where Neptune wooshes. Uranus is a flash of lightning where Neptune is a blur. Uranus is static electricity, Neptune the fog. This April Neptune will find itself “at home” in the sign of Pisces, which it has rulership over (or affinity with).  Among other things, this means that The Force will begin to grow strong in you, young Skywalker.  For Neptune is also the planet of “The Force.”

Neptune represents mysticism, inspiration, and prana. Prana is a Sanskrit word that sometimes gets confused with the breath – but it’s much more than that. Prana is the energy, the life force that moves the breath. Prana is the spiraling dance of energy inside you that is hard to describe, hard to name, hard to put your finger on. You can’t touch energy. You can’t contain it – at least not permanently. But you can feel it. It animates you and every cell of your body.

For too long science has kept us in a state of imbalance with an overt focus on the tangible and a profound dismissal of the intangible. But Neptune has drifted in to whisper its contrary message and help move us back into balance with the ethereal, the energetic, and the deep places of inner knowing. Scientists like to think that their brains “discover” things. But many great thinkers, including Nikola Tesla and Einstein, have admitted that their best genius came to them in moments of non-cerebral intuitive experiences, like dreams.

We’ll have time to explore the possibilities of Neptune in Pisces over the years to come, as like Uranus, it will be spending a lot of time there. But in this moment, it seems to be a vote for getting in touch with one’s true source of inspiration and insight. We’re being called to action with all of these Aries planets, but we’re being asked to take a minute to think about it first, and to get in touch with our source, our prana, our life force, or if we use the concept – God, before unleashing our creative bold flourishes upon the world.

That’s one best-case scenario. Neptune, being the planet of lost keys, is also the planet of lost in general. So we may see a little more of that. If you were born in the late sixties, you might have some visceral idea of what I’m talking about here – our generation has been experiencing the classic Neptune square Neptune midlife transit for the last couple of years, and if you were born in the early 70s, you’re just heading into it. This transit (that everyone experiences around midlife) is a pivotal moment of feeling lost, that when done well, finds us in a revitalizing (though at the time sometimes infuriating) cocoon phase of life, searching again for a deeper inspiration that will guide us forward into the next phase of our future.

Neptune is also the planet of delusion and illusion. It’s quite possible that during this time, you find yourself swimming in the soup of some “great idea” that in hindsight will prove to be quite a pipe dream. And as the planet of addiction and escape, your might find yourself wanting to check out from all the insanity. But let’s not vote for those.

My advice here is this: To the best of your ability, spend some time getting in touch with “The Source,” and do your best to review your strategy. Then, forge ahead with what is enlivening you! We can only do our best in any moment given our talents, experience and knowing at the time, and we’d all do well to stop judging our “mistakes” so harshly. Because making big mistakes is often the quickest path to wisdom. We need to honor and respect that more as a culture instead of judging the process.

I think this is one of those times that we’ll all get some wisdom!

Best wishes to everyone. Hold each other tight during these rocky times.

PrevThe Brutal Truth that Helps Us Evolve
Drifting Into Reverie: Mercury Opposite NeptuneNext