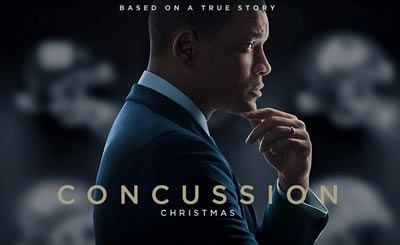 The 2016 Academy Awards nominees announcement on January 14 met some controversy over the stunningly all-white ballot. And there was at least one surprise entry – the nomination for Mad Max: Fury Road as best picture. The announcement and its cultural impact coincides with the Saturn-Neptune square currently in range throughout most of 2016. We can see the Saturn-Neptune signature of disillusionment among the countless black actors and film industry workers who were once again snubbed by the Academy’s predominantly white male voters. Headlines such as “The Oscars’ Racist Refusal to Honor Modern Black Heroes” and “Oscar Nominations 2016 Diversity: No Black Actors” reveal the disconnect between a public that is ready to embrace and honor diversity and the white establishment blocking progress.

The overt racism here is especially painful in the context of growing public awareness of systemic racism in our culture after a series of especially brutal and well-publicized race-related deaths of men at the hands of law enforcement officers. With Saturn square Neptune for much of 2015 and 2016, this is an astrological season in which disillusionment can serve to strengthen our resolve to make changes for the better. The trick is to not be so bogged down in disappointment that we sulk in unproductive despair and give up to immobilizing inertia.

Seeing the Mad Max sequel in the list of best picture nominees was a shocker, especially because I wasn’t aware that many Hollywood bloggers had already been rallying for its nomination in the weeks before. The public sentiment seems to be that this is a film whose artistic merit warrants a nomination, even though it is a classic action-packed summer blockbuster – a genre that historically almost never gains best picture nods. So I watched the film, and though I don’t agree that it should be in the running for best picture, I understand how this particular Mad Max installment is timed perfectly for this moment.

Mad Max: Fury Road was released May 15, 2015, under two very strong transits: an exact Mars opposite Saturn in addition to Moon conjunct Uranus square Pluto. The combined energy of these transits are visible in the film’s main storyline – a high-octane battle thrill ride of a battle between the reigning warlord and a tiny band of freedom-seeking liberators.

The Mars-Pluto-Saturn-Uranus vibe dominates the violent and gratuitously gruesome film, which has been called “essentially one long chase sequence.” (1)

With a female warrior-heroine named Furiosa and a team of crone warriors attempting to free a handful of young (and two pregnant) female captives, it’s interesting that the release date for the chart has the Moon in Aries conjunct Uranus square Pluto in Capricorn, with Venus in Cancer out of bounds and trine Neptune in Pisces. Director George Miller gave weight and authenticity to this storyline of the empowerment and liberation of abused women by hiring Eve Ensler as a consultant. (2)

But there is a subcurrent to the plot that makes the film especially relevant now, months after its release, as Saturn is more strongly in alignment with Neptune, and the waning Uranus-Pluto square is still at play. Even though the film’s release chart doesn’t have Saturn closely square Neptune, it is receiving a resurgence of interest under this transit, fueled by the Academy’s attention. I believe this is due to its affinity with Saturn-Neptune themes of hope and despair.

This energy crystallized for me in one of the film’s few moments of dialogue in which Max (played by Tom Hardy) says to Furiosa (played by Charlize Theron), “You know hope is a mistake. If you can’t fix what’s broken, you’ll go insane.” (3) This conversation occurs moments after Furiosa’s climactic disillusionment when she realizes that the “promised land” she’s been fighting to escape to no longer exists. Recognizing her pain (an identifying with it – as shown through flashbacks in which we see Max unsuccessfully trying to protect people he cares about), Max tries to console her with an especially pessimistic toolset – Saturnian resolve that life in this apocalyptic world will be rife with difficulty, and acceptance of that (Neptune) is one way to build up one’s strength and resolve to do what is necessary to live another day.

Neptunian themes of the promise of redemption show up moments later as the pair consider an alternate plan in which Max suggests they “might be able to come across some kind of redemption.”

These themes are poignantly resonant with the energy of now – a distinctly Saturn-Neptune time.

Join me next time as we look at Saturn-Neptune themes in the new Amazon series based on the Philip K. Dick book: The Man in the High Castle.

2. Ensler, who has natal Saturn conjunct Neptune in Libra and is famous for The Vagina Monologues, has worked with sex slaves and abused women http://www.npr.org/2015/05/15/406731120/the-women-pull-no-punches-in-fiery-feminist-mad-max

PrevSaturn-Neptune: Bridging the Ideal and the Real
Kristin Hersh: Music, Mania, and MetamorphosisNext