Neptune and Pluto at work in New Netflix Series Sense8 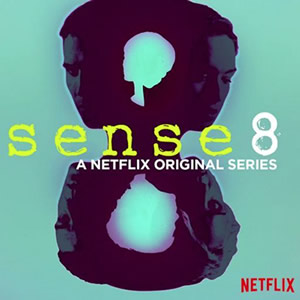 Sense8 is a new Netflix original series directed by the Wachowskis, famous for The Matrix trilogy.  Sense8 is a sci-fi drama featuring eight lead characters – strangers who suddenly find their lives inextricably connected. And not just in the interweaving storyline kind of way like Short Cuts or Traffic. These characters are literally connected. Called “sensates,” they sense each other – they can feel each other’s feelings, share each other’s thoughts, and even see and touch each other though they are miles apart. Marking an evolution in human development, sensates are born in the same moment into a “pod” of eight separate, but connected, beings.

All of that is cool, but a TV series isn’t complete without some drama to compel it. There is a dark force at work trying to kill and/or control all sensates. Meanwhile, the sensates discover they can support each other and pool their resources to face each conflict that unfolds.

Critics have complained about how slowly the series begins, and how confusing the first episode is. Hearing this, I began to suspect Neptune at work, and ran the release chart, which for a digitally-streaming Netflix show is very precise: June 5, 2015 at 12:00am Pacific Time, Los Gatos, CA. The chart features Neptune in Pisces in the first house (using either Placidus or Equal houses) squaring Mercury in Gemini – already a perfect aspect for the show’s title and subject matter. Neptune is about the dissolution of boundary, and Mercury is about how we perceive things. Pisces, a water sign, relates to feelings and emotions, and Gemini is often said to relate more to information, data, and thoughts.

The Neptune vibe permeates the first episode, which for a TV show, relates to the Ascendant and first house. With so many storylines to weave together, it does take a while to become oriented logically – there’s the square feeling with Mercury. It’s not easy to figure out at first. But once you adjust to the pacing and exercise some patience, the hypnotic vibe reveals its rewards. The characters get under your skin and are hard to shake even hours or days after viewing.

But Neptune shows up in Sense8 in a more intriguing way. One of the most spellbinding characters is Nomi, a transgender woman played artfully by trans actress Jamie Clayton. In my initial research on the subject, I’ve found Neptune to be prominent in the charts of transgender people, especially when linked with the Sun, Moon or Ascendant. These three components work together to shape our identity. So when Neptune is involved, identity can be confusing, nebulous and prone to shifting more than “usual.” Carl Jung had Neptune square the Sun, and he actually coined the phrase “identity crisis,” in part due – famously – to personal experience wrestling with the inner landscape of his psyche.

With Saturn in Sagittarius on the MC, we find Sense8’s “reputation” colored by a global perspective. Sense8 was shot in nine locations including London, Chicago, Korea, Nairobi and Iceland, with each of its characters hailing from a totally different cultural experience.

In the Los Gatos chart, Saturn is conjunct a Scorpio MC. I’m inclined to trust that, in part because if you Google Sense8, and you’ll find the word “sexy” in many of the top headlines. There are plenty of episodes that could qualify it for that kind of reputation (MC), but if you make it to episode six, you’ll have several reasons to agree (I’ll avoid a spoiler here and let you figure that one out yourself).

With the Scorpio MC and the Moon conjunct Pluto in Capricorn in the 12th, Sense8 is also a big-time taboo-breaker. A lead transgender actress, full frontal male nudity, and graphic scenes of sex and birth round out the menu for starters. And highlighting the prominence of the Moon-Pluto connection, one whole episode takes up the story (and pain and drama) of birth, complete with many dramatic flashbacks and closeups of our main characters taking their first breath. In addition, one of the leads is an African man whose mother has AIDS. Also true to the 12th house, one of characters spends several episodes in prison.

The Moon and Pluto are both Quincunx with Mars, and the Sun (conjunct Mars) is Quincunx Pluto, all expressive of the violence that permeates the series. I’m pretty sensitive to violent scenes and had to look away several times, so if you’re like me, be forewarned! Add this Mars-Pluto element to the Saturn archetype (ruling the Ascendant and conjunct the MC), and we see our characters undergoing extreme hardship in both past and present. It’s hard not to feel sympathy (and exhaustion!) for what some of the characters have had to endure by the end of the first season.

But there’s a light at the end of the tunnel. I’m a sucker for happy endings. Without giving anything away, I’ll say that there are small victories in many of the episodes. But with Jupiter sextiling the Sun+Mars and dispositing Saturn, I will hold out hope that all of the sensates defeat their enemies and emerge victorious in the end.