Maleficent and Healing the Divine Feminine 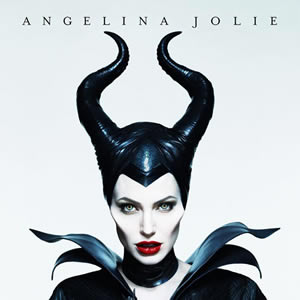 If you’re a fan of Hollywood’s recent slew of fairytale revisions, you won’t want to miss Maleficent. You might remember that I was pretty taken with Snow White and the Huntsman and wrote a lengthy article about it a while back. I loved Maleficent too, and couldn’t wait to look at the chart for the film’s premiere. I’ve recently been having fun adding asteroids to my charts, and the named asteroids are often pretty dramatic. I’ll share some standouts here from the Maleficent chart and look at a few other important configurations.

It took some digging to find the premiere’s actual start time, which I settled on as May 28, 2014 at 6:00 pm in Hollywood, CA. (1) The film’s opening got some extra media buzz because Brad Pitt was accosted on the red carpet by a notorious paparazzi guy (and we find rogue chaos-instigator Uranus in Aries quincunx the Ascendant in the premiere chart). But that media blip didn’t detract from the real star of the moment – Angelina Jolie – who seems to have been born to play the part of Maleficent, the famous villain from Walt Disney’s 1959 version of Sleeping Beauty.

SPOILER ALERT! If you haven’t seen the film yet and don’t like knowing the plot details beforehand, quit reading and come back after you’ve seen it. Although you know the fairy tale it’s based on, there are enough twists in this new version to surprise you.

Maleficent tells the Sleeping Beauty tale anew from the point of view of Maleficent, a powerful fairy from a magical realm, who, after a deeply wounding betrayal, comes to have it out for princess Aurora (Sleeping Beauty), and casts the famous spell that enchants Aurora into a deep sleep on her 16th birthday. In this wonderful revision of the classic fairy tale, we get to see characters whose motivations are more fully developed, complex, and less black-and-white than the Disney or Grimm originals. More importantly, details of the story are changed to give the female characters more power and centrality in their own self-actualization. I just love progress! And I’m surprised and grateful that Hollywood (and Disney!) now have the will to make films like this.

The visuals in the film take center stage, with Angeline Jolie’s angular features perfectly matched to Disney’s original cartoon villain’s striking looks. The reimagined Maleficent still has two huge horns, but now also has majestic wings that (temporarily) take the place of the classic black cape we all remember.

Maleficent is ultimately a story of betrayal and redemption, so it’s not surprising we see a Scorpio Ascendant in this chart, with Saturn conjunct. Maleficent’s adversary is Stefan, a human boy who, at first enamored with her, is later so consumed by his own quest for power that he burns off her wings  in order to win the King’s appointment as successor to the throne. Power dynamics and betrayals are Scorpio training ground, and the film explores both.

Leading up to the betrayal, the film takes great pleasure in scenes of Maleficent flying joyfully through her kingdom – a kind of Garden of Eden realm that is reminiscent of similar scenes from Avatar. (2) By showing us Eden first, we’re that much more emotionally connected to Maleficent’s pain when the film’s tone shifts and her wings are taken from her.

Let’s take a look at the premiere chart’s Ascendant. Here’s the (lengthy) astrological shorthand: Saturn is retrograde at 18° Scorpio conjunct the 14° Scorpio Ascendant; Saturn is in a tight grand trine with Jupiter at 19° Cancer and Chiron at 17° Pisces, and Saturn is also directly opposite Juno at 18° Taurus and squared by asteroid Icarus at 20° Aquarius, which is exactly conjunct the IC and opposite the MC; the Ascendant is sextile Pluto at 13° Capricorn, square Lilith at 15° Leo, and quincunx Uranus at 15° Aries. Finally, Ceres at 18° Libra is configured to the grand trine by its square with Jupiter. That’s a mouthful, eh?

Starting with the Scorpio Ascendant conjunct retrograde Saturn, the promo images for the film describe this better than words…

This Ascendant naturally looks great in black to say the least. But the film goes a step further with the fiercely horned Maleficent looking like a creature out of central casting as one of Lucifer’s minions. Here, the film is playing with our old concepts of demons because this is no one-dimensional villain. Her looks ultimately serve to challenge our assumptions.

Scorpio rising folks can have a piercing quality to their gaze, and Angelina’s eyes steal several scenes in this film, glowing green while she lurks in the shadows, watching, waiting. Combining the Saturn and Scorpio archetypes, Maleficent bides her time patiently while her dark spell of revenge unfolds in Aurora’s life.

Stefan’s betrayal of Maleficent leaves a mark that is both psychological and physical. She is wounded but not killed (Chiron), and her wound changes her look (Ascendant). As part of this configuration between Saturn, the Ascendant and Chiron, we see that Saturn is also square the asteroid Icarus. Like Icarus, Maleficent’s wings are burned off, here with iron, and we find that in Scorpio, Saturn is disposited by Mars, which rules iron.

Icarus here is exactly conjunct the IC, opposite the MC, and these images of the main character’s wings are strongly tied to the film’s first impression (Ascendant) as well as its reputation (MC).

Maleficent’s attacker Stefan happens to be the one person she had a shot at matrimonial bliss with, making the sting of betrayal especially sharp. And we find the topic of marriage a bit complicated in this chart, with Saturn opposite Juno in the 7th on the descendant.  Interestingly, the 7th is both the house of marriage and of open enemies, and with Juno there opposed by Saturn, marriage is understandably off the menu for Maleficent, given the circumstances.

With Lilith in Leo square the Ascendant and exactly trine Uranus in Aries, we see the Lilith archetype also dramatically embedded in this story of a woman abused and outcast by a male attacker. Like Lilith, Maleficent embraces her rage and actively seeks revenge against her attacker, and celebrates her position outcast from society. To them, she does look like a demon, and they have reason to fear her. But of course, they don’t know the whole story. The sexual themes from the Lilith myth are also woven into Maleficent, with some film critics, and Angelina Jolie herself asserting that the pivotal act of violence by Stefan is meant to symbolize rape. Maleficent is a revision of the old myth, which places blame for male sexual desire in the hands of Lilith. In this story, the male attacker is meant to take responsibility for his actions, and for his own desire. Both Demetra George and Lynn Bell have done some nice work describing the history of the Lilith myth and working with the archetype if you want to learn more.

Ultimately, Maleficent’s power never seems to diminish, even without her wings, expressing some of the promise of the grand trine that includes Jupiter. As the film progresses, she learns that it’s up to her to successfully navigate the darkness within her and that she’s also capable of great transformation, should she choose to do the difficult work needed. In Jupiter’s potential we see that she can also reach the more positive promises of the Saturn in Scorpio archetype if she puts great energy into it, using her stamina and will to activate the trine. And with Jupiter in Cancer, the act of caring for others and embodying the high-end of the mother archetype should serve her well.

The mother archetype repeats in this chart as we find Ceres strongly configured to the grand trine by her square to Jupiter. This shows up as a story of surrogate mothering (Ceres) and abduction (Ceres and Pluto). Although Aurora isn’t technically abducted, she is taken from her birth mother (recalling the Ceres myth) and sent to be raised in secret part of the deep forest (Pluto).

With Pluto sextile to the Ascendant, we see the prevelance of primal nature as the main setting in the film. A natural stand-in for the mythic Plutonian underworld, the deep forest setting ignites our imagination with visions of the complex elemental forces of the natural world, simultaneously life-enhancing and dangerous. Like Maleficent’s striking looks, the forest instantly draws us into this humbling experience of mysterious beauty, formidable elemental power and destructive potential.

The King leaves Aurora in the charge of three “good” fairies, who are so inept at mothering a human child that Maleficent steps in (unseen) to make sure all goes well. Initially she seems motivated to watch over Aurora solely so that she can enjoy her revenge later (how Saturn in Scorpio!). But she falls victim to her own curse: that “all who see Aurora will love her.” And in a complex blend of all of the archetypes we’ve looked at so far, Maleficent reluctantly embodies the mother archetype for this surrogate child of her enemy – a child she had likely dreamed of having with him – in a change of heart that provides the stimulus for Maleficent’s own healing.

Speaking of healing, the asteroid Hygiea at 7° Gemini is conjunct the Sun and square Neptune at 7° Pisces in this chart. (3) Hygiea is thought to signify health issues, concepts of purity and purification. So we have a story of healing that is also linked with the identity (Sun) of the film (Neptune). The film itself is healing for the collective psyche (Neptune in Pisces square Hygiea and the Sun), through its retelling of a beloved story (Gemini) that is powerfully embedded in the collective imagination (Neptune in Pisces).

One last bit of named asteroid fun: the asteroid Angelina is at 17° Cancer, conjunct Jupiter and thus, tightly configured to the grand trine of Saturn, Jupiter and Chiron. The film’s producer got it right when he said, “There was no point in making the movie if it wasn’t her.” (4)

In a time when the need to heal our relationship to the divine feminine and to nature itself is so dire, this film is hopefully an expression of a cultural sea-change in the right direction.

PS: For more about Maleficent and Angelina Jolie’s chart, look out for an article on Demetra George’s website next month.

1. According to many online sources, Hollywood premiers typically start between 5:00 and 6:30. I didn’t get a response from the premiere venue directly, but did get one from Gary at http://www.seeing-stars.com who tracks premier times, and suggests that based on the place of the sun in the red carpet photos, the premiere started after 5:30 and at least an hour before sunset, which was at 7:47 pm that day. I settled on 6pm as likely because of Saturn’s dramatic placement on the Scorpio Ascendant.

2. Avatar was one of the first huge films released as Neptune entered Pisces, and here we have Neptune strongly configured exactly square to the Sun. Thus the images reminiscent of Eden.

3. Hygiea is the 4th largest asteroid in our system. http://en.wikipedia.org/wiki/10_Hygiea

4. From the Time magazine article “Mighty Maleficent: Why Angelina Jolie Is the World’s Highest-Paid Actress” http://time.com/2812017/maleficent-angelina-jolie-best-paid/

PrevBitten by the Out of Bounds Bug
Elliott Smith and Neptune: Heaven Adores YouNext