Mars Retrograde in Virgo 2012: Getting the Plan in Order 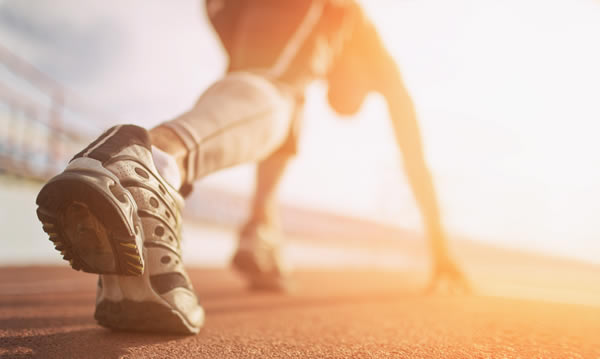 Welcome to 2012. It sure feels like “full steam ahead” in my neck of the woods. If you’re feeling a forward whoosh of energy, you’re right on track, as we head towards an earth trine of Mars in Virgo to the Sun in Capricorn on January 12. We’re just coming out of a Jupiter retrograde cycle, in which you likely did some re-visioning of your big picture plans. You might be itching to put some of those plans into action. If there are projects that have been waiting in the wings, now is a great time to get them moving. These are good days to spend a little more time working, and less time playing. Take care of the details, get the structure in order, establish the foundation. Because just a couple of weeks later, it’s going to be time to put the brakes on.

The planet Mars relates to our personal will, our ability to take action and assert ourselves, and our sense of “I want.” Every two years, Mars has a retrograde cycle which lasts for about 2 1/2 months. But like Mercury retrograde, our experience of the cycle is actually a bit longer, encompassing the entire span of degrees which Mars will traipse back and forth over, emphasizing that sign and house in our chart.

This Mars in retrograde cycle had its humble beginnings in 3° Virgo on November 18, when Mars first passed the degree at which it will finally appear to move forward, at the end of its cycle. Confused already? You don’t need to understand the math to get the gist of the cycle. When Mars moves forward, we move forward. We think, “I want” and then we make that thing happen. Or we get frustrated because we can’t make that thing happen, and everyday human dramas unfold as a result. When Mars officially stations retrograde on January 23, 2012, it’s time to slow down and begin to re-think our course of action. Do we really want what we thought we wanted? Do we have the energy for the plans we’ve set in motion? And do we have the resources to accomplish them? Mars’ forward march is temporarily halted so that we can review all of this and more, and come out with all of our ducks in a row by the time it starts plowing ahead on April 14, 2012 at 3:54am UT.

But there’s more to the story…

Full Steam Ahead in the New Year

Just before every Mars retrograde, Mars forms a trine to the sun, this time on January 12, which means that this year is starting with a bigger bang than usual. The Mars trine Sun energy feels great, active, inspired, and full of the heat of forward motion. Because this year it occurs in conjunction with the start of the new year, I predict we’ll feel a lot of drive to make our New Year’s resolutions happen. Maybe even more so than usual. But this time, we’re also likely to bite off more than we can chew due to our enthusiasm, and also due to the fact that with the retrograde around the 23rd, Mars will withdraw some of his gusto, leaving us wondering how we ever thought we could find the time to climb Mt. Everest. But don’t despair and toss your dreams aside just yet! There is a method to this madness.

The Mars retrograde cycle is crucial to successfully accomplishing your goals in the future. Many of us take on more than we can handle. When Mars is moving forward, it’s excited to take action. But none of us has the resources to accomplish everything we can possibly imagine. We have to connect with those desires most dear to our hearts and let the other dreams go. We have to respect our own capacity to manifest what we want, and respect our limitations, not with sadness, but with maturity. The Mars retrograde cycle gives us a chance to do that. It gives us a little break from its usual rush of forward momentum so that we can re-organize our energy to best achieve our pursuits going forward.

Mars, named for the god of war, relates to anger and aggression. We humans have a lot of work to do in this area. Many of us have a hard time expressing anger, while others don’t know when to restrain ourselves. We lash out and harm each other. Or we harm ourselves by stuffing our frustration instead of expressing it. We cross others’ boundaries in a mad pursuit of what we want. Or we allow others to cross ours because we don’t feel brave enough, strong enough, or safe enough to defend our turf. Get ready to explore some of this terrain during the Mars retrograde cycle of 2012.

You might find yourself stewing over old irritations that come to the surface, triggered by events that occur. Watch for some of those to come to a head as Mars Opposes the Sun on March 3 at 13° Virgo. If you have planets near 13°, note this date. Be careful about blowing your top, but also be willing to express your needs, set boundaries, and let others know you’re angry without also harming them. Techniques like Michael Faith’s Mindful Dialog can be extremely useful here. This can be a time when things start to change or transform. Allow a full exploration of whatever comes up so that you can clear it as best as you can. That way, you’ll be ready when the time comes to move forward with even more of your energy reserves intact.

The dreams that you were so excited about during the Mars trine Sun cycle of January 12 may need some slight revisions. Those that are inauthentic, or that are really not “yours” will have to be let go of altogether. The Mars retrograde cycle will help you figure that out. And depending on your level of attachment, the process may be quite challenging as you struggle to hold on to what you thought you wanted. But not all of you will have to end your plans or let go altogether. For some, you might have to delay your project a bit, but that doesn’t mean you can’t move forward on a project that’s already been started.

After Mars goes retrograde on January 23, it’s not a good time to put a new project in motion. Put off new starts until April 23 at the earliest, and if you really want to be in the clear, wait until after June 19. I’ll explain that later.

When the Mars retrograde cycle is especially challenging, it will show you that your project didn’t have the resources it needed by disrupting the whole process. There can be conflict, fights, and disturbances that lead to endings. If that happens, know that those projects weren’t for you, and do some soul searching to see if your heart was even really connected to them in the first place.

Mars learns through conflict. If conflict arises, that doesn’t mean your project can’t ultimately move forward. As I said, in some extreme cases that’s true. But in those cases, the necessity of ending things will be readily apparent, or even out of your control. In many other circumstances, the conflict that arises will just be a catalyst for deeper thought on the subject. Or even more likely, a chance to process some repressed anger or emotion, or state previously unstated needs, or a chance to set boundaries a little better than you initially did. In other words, this is a learning process. Consider yourself enrolled in Mars 101 for the next 6 months!

This Mars retrograde cycle is in Virgo, the sign of practicality. I was having a talk with business astrologer Madeline Gerwick about this Mars retrograde cycle the other day, and she came up with the term “practical strategies” for this period. Meaning that at the end of this cycle, we will have developed more practical strategies that will help us accomplish our goals with more efficiency. Virgo likes to tie up lose ends, it likes efficiency, and it like to fix things that are broken. So this cycle is about really getting into the nitty-gritty and working out the details about our plans. Once the retrograde starts, allow yourself plenty of time to get detail-oriented. Ask yourself, how could this process work better? How could I rearrange things so that I can accomplish what I want with more efficiency and less busy work. Are there new processes I could establish that would help? New systems I need to incorporate?

Virgo thinks in terms of usefulness. Ask yourself how useful your project is, both to yourself and to others. If you’re working in a team, consider how you can better be of use to each other, or better support each other. Sometimes expressing pent up frustration will actually clear the air so that you can do even better work together with renewed focus and united strategy.

Mars in Virgo gone bad is likely to nit-pick to the point of leading to blows, both figuratively and literally. Virgo is critical. At its best, criticism is necessary for improvement. But constantly harping on what’s wrong only makes people feel angry and inadequate, and even powerless. It just takes a little shift to remedy this. Scan your field for what could be “improved” instead of for what is “wrong.” Then take that information (Virgo is about analysis) and apply it usefully towards accomplishing your goal. In other words, do something constructive with the information. You may have a lot of work ahead of you, but you’ll feel more empowered. Keep your eye on your goal rather than how far out of reach it seems at the moment.

Mars will station direct on April 14 (3:54am UT). By then, you will have a very clear picture of what this cycle was about for you. If you’ve been waiting to launch something new, you might want to wait for the Sun trine Mars aspect of April 23, 2012 at 4° Virgo. Some astrologers advise to even wait a bit longer, until Mars has cleared the degree at which it slowed down. That date is June 19, when Mars passes 23° Virgo. At that point, Mars is fully settled into its next 2 year cycle of forward motion, and it’s full steam ahead! But of course, keep your eye on Mercury too…

All the best to you as your work through this cycle.

For more information on the subject, Erin Sullivan details Mars house placements in her 2005 Mars Retrograde article. You can also schedule a personal reading with me. Or if you have a business question, you might contact Madeline Gerwick, who is offering a special Mars Retrograde Business Consult reading through April 2012.

PrevSaturn Likes Facebook (for all the wrong reasons)
A Perfect Storm? Venus Retrograde & the Transits of June 2012Next